The cause of obesity has been a hot topic in the paleoblogosphere lately.  Let me be the first to tell you that I am no obesity researcher or expert (there, first point goes to Itsthewooo).  All I know is that a few percentage of folks have been obese for thousands of years.  And back in the late 1870s, here's a picture of my great great great (etc.) grandfather's funeral - you might have to click on it to enlarge and squint a bit, but I really don't see any obese people there. 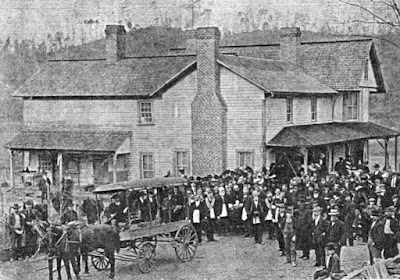 Fast forward to 1919 - here's my grandmother, her mother, and her mother.  Babies were chubby-cheeked as was my great great grandmother.  They lived in the same area and were of the same socioeconomic class as many of the people in the first photograph. 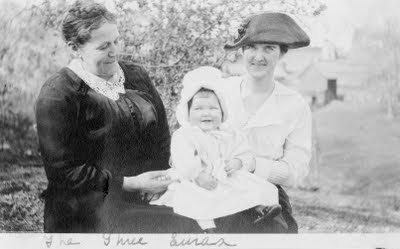 And now 1943.  My father is the baby in this next picture.  As you can see, the children and young or middle-aged adults (including the middle-aged women who have had children) are lean, whereas the older folks have some extra adipose, especially around the middle (again, same area of the country): 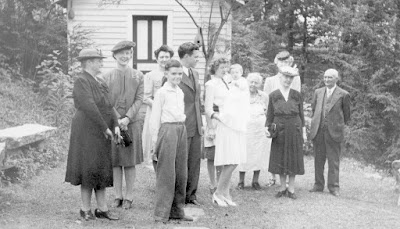 And then 1987 - this picture is a tour of the USS Constitution in Charlestown, MA.  As you can see, middle aged folks and even the kids are starting to be chubby, especially around the middle: 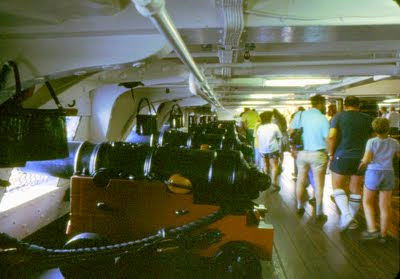 These pictures don't tell us much about what we don't already know.  Obesity is a 20th and 21st century disease, that came upon us younger and younger as the decades rolled along, accelerating since 1980 or so.

What caused it?   Video games?  Captain Crunch commercials?  Environmental toxins?  I don't know, but my money is still on the food.  Somewhere between the diets of the Kitavans and the Sioux and most of the people in the world before 1900 and our current diets is the cause of obesity.

Dr. Pendergrass of the University of Kansas had a great poster presentation up at AHS about the neuroregulation of appetite.  He painstakingly cobbled together a fantastic diagram that detailed the communications between different organ systems, adipose tissue, and the brain.  He highly recommended this paper if you are interested: Stress, eating, and the reward system.

Dr. Pendergrass' diagram was highly technical, inclusive, and awesome, though he warned me that he left out "about 120 known hormonal signals" between the GI tract and the brain.  His also had a great deal of detail regarding the brain and different areas of it, along with specific hormonal and molecular signals and feedback there.  Here is my layperson's version, which leaves out all the crushing detail.  I can't promise all the arrows are leading the right direction (a graphic designer I am not): 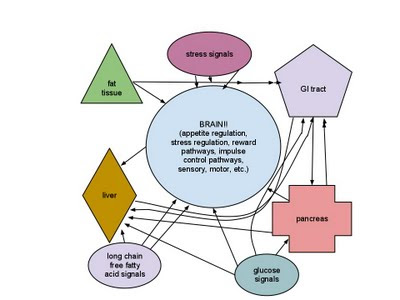 It's complicated.  Yeah, leptin, insulin, amylin, CCK, glucose, fat, etc. are all involved.  Yes, once you have metabolic syndrome, dropping the carbohydrate will likely help (how low for how long?  Beats me.)  If you have advanced types of certain kinds of neurologic disease, there's evidence a ketogenic diet can be helpful.  Make sure your micronutrient status is tip top and eliminate food toxins.  Real, evolutionary medicine-inspired food is the easiest way to do that sort of thing.

But anyone who says he or she completely understands obesity is probably lying.