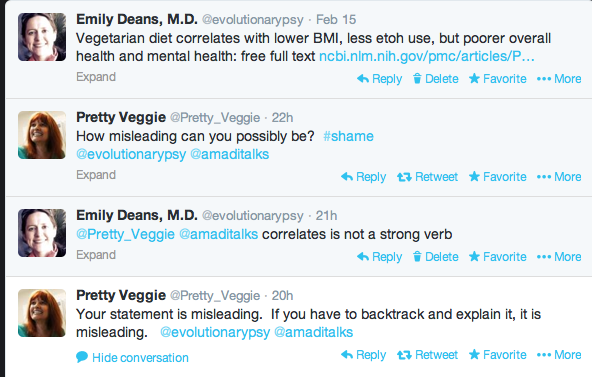 The Mediterranean diet, as always, has more consistent data for positive benefits for mental and physical health. I tend to think that the diet with a bit of variety and the least processed food will be the healthiest and simplest to explain.
Posted by Unknown at 10:15 AM 29 comments:

Last Sunday I put out yet another new post on Psychology Today, but failed to link it here. It is a discussion of a very interesting long term cohort study in Crete, where the researchers used a sifting haystack approach to find some metabolic problems that might be causing the symptoms, then, in certain cases, presumptively treating the problem, leading to two successful remissions of severe autistic symptoms. While the methods are too cumbersome and there isn't enough data to use the approach on everyone, I can't help but think we are looking at the next iteration of the future of medicine. Better knowledge of what different organic acids mean when found in the urine, and how different metabolites present in the blood after a fast or a glucose bolus tell us something about the overall functioning of the metabolism…then a tailored approach. Those who had trouble with fat metabolism were on high carb diets and reported decreased symptoms. Those who had trouble with glucose metabolism went on ketogenic diets…etc. etc. It's a smart and forward-thinking approach that makes sense in research and in these devastating conditions for which there is no treatment or cure. (Yet more data would be nice!)

But when does the needle in a haystack approach go to far? It's common for someone to go to a naturopath and get full blood, urine organic acids, and stool samples for fatigue, poor skin, lack of ability to lose weight, or constipation (or insert other chronic difficult to treat condition here.) In the case of the naturopath, the patient is paying out of pocket for this sort of treatment and that's free market health care. In the case of large population medicine and insurance/medicare/medicaid, there are not the resources for such an approach. Also, the most bang for the buck in the general population has to come from cheaper, more generic approaches, such as education and motivational interviewing about exercise, proper eating, and sleep…then if everything is more or less ship shape (or if the problem is disastrous), more investigation is warranted. My bias tends to be toward *less* testing and more listening, common sense, and empirical treatment (with the caveat that you don't want to miss the life-threatening condition, for example, my first break psychosis patients will get directed toward that MRI, low yield though it may be, so as not to miss the occasional brain tumor).

With no further ado:

And via Paul Whiteley: Autism, Treating the Whole Person

Raise a Glass to Mutual Trust

Today I took the youngest to a preschool friend's birthday party. It was at a gymnastics center, and even after an hour of bouncing and running around, the eager children began doing laps of the table after the happy birthday/cupcake portion of the celebration. Yet there is still a lack of appreciation of exactly how acutely diet can actively affect behavior. A recent, fascinatiing study (forwarded to me by Dallas Hartwig of Whole9Life) shows how dietary manipulation of tryptophan (and therefore central nervous system serotonin levels) can affect mutual trust when it comes to money (brand new article over at Psychology Today):

The Drink of Trust

I'd be interested to see the results of similar studies with intranasal oxytocin or orally administered Jack Daniels.

Do Carbs Make You Crazy?

Do Carbs Keep You Sane?

In the mean time, eat whole foods and consider your behaviors with care :-)