None other than the amazing Dallas Hartwig sent me a link to this paper about OCD and serum mineral levels a while back. It's hard to know what to make of the paper. In Bangladesh, 48 folks with OCD (mostly men) and matched controls had serum measures of minerals zinc, copper, magnesium, manganese, iron, and calcium taken. And, low and behold, the serum levels of those anti-anxiety metals zinc and magnesium (along with iron) were significantly lower than controls, and calcium and manganese were significantly higher. Copper levels were not significantly different.

And that's all we have. One small study, just an observation, a single measurement. Just a blood measurement too, not cellular or other tissue.

The main thing I take away from this study is that we still know so very little about nutritional status, minerals, and psychopathology. There are any number of fMRI and other expensive studies looking at the brain in OCD trying to peer into the metabolism of the brain in OCD, and we can learn from those sorts of studies, but we do tend to forget that these are full-body disorders mediated in part by the stress response, so there are some other systemic and measurable clues as to what is going on in the body.

Zinc, magnesium, and iron do tend to be low in people with certain psychopathology. In ADHD and autism, for example, there are several studies showing increased zinc excretion and decreased zinc levels in the body in kids. If you search individually for iron and OCD links in pubmed, you tend to find case studies of kids with pica (obsessively eating sponges, clay, or the padding from couches or other non-nutrative substances) who turn out to have iron deficiency (typically from previously undiagnosed celiac disease). When the gluten is stopped and the iron is repleted, the pica goes away. Iron also tends to be on the low side in kids with ADHD who have ferritin tested, though this larger study showed no association between iron status in the general population of children and symptoms of ADHD.

Are these cause or effect? Do certain variations in mineral metabolism leave you more vulnerable to psychopathology, or do the symptoms expose you to greater stress so your mineral status is different compared to healthy controls? Certainly in the particular cases of the pica "OCD," there is a clear arrow of causation from celiac disease to iron deficiency to pica symptoms. But in other cases the stress will cause people to excrete more magnesium and zinc, which if they are not repleted could amp up the stress response in general and be a self-perpetuating cycle. In the modern world where we get many minerals from our grains and don't tend to drink mineral water, if soils are depleted of certain minerals (and perhaps higher in others due to different agricultural practices) and the phytates in grains, legumes, and nuts bind some of the minerals, all the sudden it is a lot harder to replete minerals than if our intake was more like the ancestral picture prior to agriculture. Combine chronic modern stress with mineral deficiency with a certain genetic vulnerability to ADHD symptoms, OCD symptoms, other anxiety symptoms, etc. and you now have a lot more psychopathology popping up.

One side of the mineral story is the decreased zinc, magnesium, and iron. The other side is the increase in serum manganese and calcium. At this point it is a bit hard to know what to make of that. In certain folks with schizophrenia, there is a certain type of antioxidant-assisting enzyme called manganese superoxide dismutase that has lower activity, leading to poorer ability to clear the toxic metabolic byproducts and presumably cell damage and neurotoxicity. In ADHD (once again), high serum manganese is fairly consistently seen in children with the disorder when it is measured. The same is also true of children with cognitive disorders and other learning problems. Manganese is found in high concentrations in soybeans, rice, and black beans (in which case the associated phytates would protect one somewhat from absorption…but our modern tendency to eat a lot of different processed "foods" made from the same few grains might make us more vulnerable to certain deficiencies and excesses).  Manganese seems to interfere with cell energy metabolism, making it hard to make enough ATP to power the cell.

ADHD is associated with issues with dopamine neurotransmission, and manganese can accumulate in the presynaptic dopaminergic neurons via the dopamine transporter. In high enough concentrations, manganese is absolutely neurotoxic and leads to symptoms similar to Parkinson's disease. Brazilian children with ADHD tended to have high serum manganese prior to being treated with ritalin, which blocks the presynaptic dopamine transporter (therefore increasing dopamine in the synapse). After treatment, the serum manganese levels in these children dropped and presumably there was decreased uptake of manganese into those dopamine neurons.

Calcium's link is even trickier to figure out. Certainly on a synaptic level, calcium flux through membranes is a major "on" switch for neurotransmission. If there is too much calcium flux, you get "excitatory neurotoxicity," and this mechanism is related to migraines, seizures, and probably bipolar disorder. Whether or not higher (but still normal) serum levels of calcium (which, like magnesium, is very tightly hormonally regulated because you can get heart arrhythmias and sudden death if the levels are off) is associated with higher excitatory neurotransmission is unknown to me…hypercalcemia is definitely associated with fatigue, cognitive dysfunction, and irritability, but are high-ish but still normal levels, particularly in certain vulnerable people? I've not seen studies or anything about that, but it is plausible.

Magnesium and the Brain, The Original Chill Pill
Zinc! 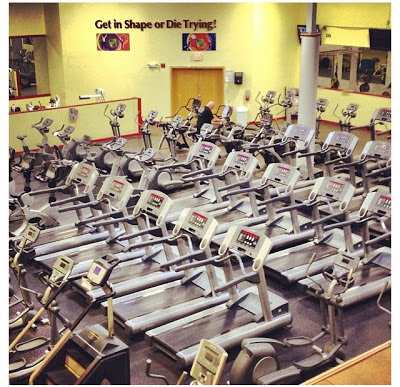