The good news about selenium and the brain is that one can become familiar with the literature with full institutional access to pubmed and an hour or so of reading time. The bad news is that the mechanisms of selenium and the brain are rather Mysterious, so all we have are a few papers, some micronutrient supplementation, and some speculation.

All right. Let's talk pregnancy and depression for a minute. Little known fact that slightly more women are depressed during pregnancy than after it (1). And if you combine ante and post-natal depression statistics, this is what you get for the moms and kiddos: poor maternal self-care, increase in alcohol and drug use during pregnancy, decrease in seeking medical care during pregnancy, more pre-eclampsia, birth difficulties, preterm delivery, reduced breastfeeding, lower APGAR scores, poor sleep, failure to thrive, developmental delays, greater risk of illness in the baby, more behavioral problems, and at 16 years, offspring of depressed mothers are almost five times more likely to suffer depression themselves.

There are any number of social and medical factors that are linked to perinatal depression, but let's focus a bit on the nutritional ones - links have been found with folate status, vitamin B12, calcium, iron, selenium, zinc, and omega 3s. Kaplan and colleagues, in a must-see literature review, found potential beneficial effects from B vitamins, vitamin C, D, and E, calcium, chromium, iron, magnesium, zinc, selenium, and choline on mood symptoms. (Real Food = Best Fetal Dinner). A very recent study (to which I, sadly, do not have full access) showed a significantly decreased Edinburgh Postnatal Depression Scale score (that's good) in pregnant women randomized to receive 100 mcg selenium daily from the first trimester until delivery.

Back to selenium - as you recall, it is a vital component of the selenoprotein glutathione peroxidase and is required for the synthesis and metabolism of thyroid hormones. And way back in 1991, Benton and Cook did a randomized controlled crossover trial of 100 mcg of selenium vs placebo in 50 people for 5 weeks, followed by a 6 month washout, then the crossover arm of the trial. Selenium supplementation was associated with increases in self-reported mood. This same paper tells us that when push comes to shove and selenium is deficient, the brain is the last place that selenium levels drop, suggesting that in the brain, selenium is Important. More recently, Gosney et al reviewed the effects of micronutrient supplementation on mood in nursing home residents, finding that no residents started out with insufficient serum levels of selenium, yet 8 weeks of 60 mcg selenium supplementation (included in a multivitamin/multimineral with 150 mcg iodine) was directly correlated with decreases in depression scores and increases in serum levels. The supplementation of these elderly people with selenium resulted in reduced serum T4 and increased serum T3, suggesting that the additional selenium helped the rather boring T4 become the metabolically active T3 and kick some serious sluggish metabolic and depression expletive deleted here. (Any of you with hypothyroidism on synthroid (T4) get a recommendation from your doctor to supplement iodine or selenium? Hmmm.)

In other studies, selenium serum level was associated with cognition in the elderly. In a 9 year follow-up of Alzheimer's patients, cognitive decline associated with dropping selenium levels.

There's hardly enough data even to speculate, but I'll give it a whirl. Selenium is more like magnesium than zinc. I think most non-alcoholic non-anorexic meat-eaters not on thiazide diuretics probably have enough zinc on board, though stress and yellow number five might make you waste it a bit faster than normal. But magnesium is low in pretty much everyone, as is selenium (if you aren't a coal miner or a fish in selenium rich fertilizer run-off lakes). Selenium deficiency will mask itself as a somewhat subclinical (or clinical) hypothyroidism, with depression, fatigue, and grumpiness along for the ride. Replete the selenium and jazz up the T3. Happiness to follow. Not sure what that has to do with the brain holding onto selenium, but maybe that's where the glutathione comes in.

But I have a lot more reading to do before I jump into the thyroid. In the mean time - that multimineral ain't such a bad idea. Or seaweed and brazil nuts (though Barkeater was right! According to the Internet, brazil nuts have 1000 times more radium than other foods - not that much is supposedly retained in the body??) Or organ meats. Good fuel for everyone (6 months and older). 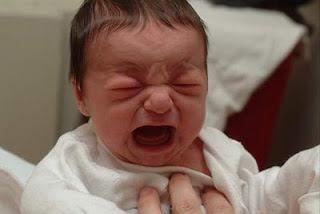