Did I Mention that Depression Is Inflammatory? 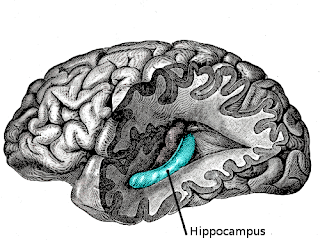 Brand new paper today in Nature Medicine - "A negative regulator of MAP kinase causes depressive behavior." I know that doesn't sound particularly exciting, but it was the top news in my daily American Psychiatric Association email digest, and made a splash in the press as well. The short version is that researchers found a gene that was twice as active in the brain of people with depression than in people without depression. Since depression has an economic burden of 100 billion dollars annually, finding genes and elucidating the so far mysterious mechanisms is a big deal, even in a small study. And just wait until we talk about what the gene does!

First, the research methods. The scientists took brains (post-mortem, obviously) from 21 individuals with depression and 18 "healthy" (but still post-mortem) age and gender matched controls. Then they took out two little sections of the hippocampus (which is the epicenter of depression in the brain) and extracted all the RNA. Just a little genetics primer - our genes are encoded in material called DNA. We have machinery that unwinds the DNA and reads the code, making RNA, which is then read by different machinery and made into proteins to do all the things we do in the body. So the DNA is kind of like your bank account, and the RNA is rather like your bank statement - it tells you how much money you accessed, and when and where. The money is the proteins. Sort of. Okay. So back to the RNA - the researchers put the RNA in their machines and copied it, and then compared the copies with 48,958 known genomic probes. The biggest difference between the depressed hippocampi and the healthy hippocampi? A little gene that codes for MKP-1 (that would be mitogen-activated protein kinase phosphatase-1). Turns out that MKP-1 expression was significantly higher (2.3 and 2.4 fold increase in the hippocampal areas measured) in the depressed individuals. The researchers checked their results with a few other methods, and also checked again in a separate cohort of subjects with major depressive disorder, and found MKP-1 increased again.

The same gene's expression is found to be increased in depressed mice, and using viruses to give more MKP-1 gene to poor unsuspecting mouse brains also makes the mice depressed. Chronic antidepressant treatment (fluoxetine) seems to normalize stress-induced MKP-1 increases (in rats), and mice lacking the gene for MKP-1 are especially resilient to stress. All told, that's a persuasive argument, despite the small size of the human samples, that something spooky is going on with the MKP-1. (Of the depressed humans in the studies, 12 had filled prescriptions for antidepressants in the last month before their deaths, but only one had a measurable antidepressant levels in the blood).

So what does MKP-1 do? The important thing is what MKP-1 will undo. There is a major signaling pathway in the neuronal functioning, plasticity, and survival cascade, called the MAPK cascade. We've talked about some end-products of the MAPK cascade before - particularly BDNF, which is brain fertilizer. It helps the brain repair and change and recover. MAPK cascade is good! MKP-1 will rain all over your MAPK cascade, shutting it down. Lots of MKP-1, limited brain recovery and repair.

(If you want to get really into the mechanisms, there are quite a few MKP-1 mouse papers out there. This one in Nature Neuroscience found that MKP-1 can regulate how BDNF remodels the way the neurons grow and link to one another. In the cells, we make tiny microtubule scaffolding, and BDNF helps direct how the scaffolding is made, and whether there are branches and whatnot.)

MKP-1 is part of a stress-induced inflammatory pathway that flogs our brain to keep going - neurons fire fire fire - until the neurons get worn ragged and beaten to death. Sometimes we need to be spurred for survival, but we were never designed for chronic stress with no off switch. It's rather astonishing how the modern diet seems to have piled up all the inflammatory elements it can while the elements that put the breaks on the stress hormone response are deficient or missing. A perfect storm.