That song reminds me of home.  Though, oddly enough, it was a home where I never lived, though we visited the family land in the mountains of western North Carolina every other summer.

There's something you say when you meet someone new in the southern U.S.  "Who are your people?"  Most of the time, if you go back far enough, you find that your new acquaintance is some sort of cousin so many times removed.  Our family trees expand exponentially as we trace our ancestors back, yet there were far fewer people then, so we are all pretty closely related.

My great (times eight) uncle is Daniel Boone.  He's a famous American frontiersman, known best for leading settlers through the Cumberland Gap and founding one of the first towns west of the Appalachian mountains.  If you've ever been hiking in the southern Appalachians, you will know how impenetrable the "rhodadendron hell" is.  Daniel Boone was a hunter and trapper, leaving his family on long treks for years at a time.  He was the inspiration for James Fenimore Cooper's hero "Hawkeye" Natty Bumppo in The Last of the Mohicans

In the accounts of Lewis and Clark, they describe batting wild game out of the way just so they could get through the woods of the Pacific Northwest.  Some stories of frontiersmen on the northern U.S. rivers describe their boats being lifted by the huge schools of fish.  For most of human history when our population was small, food was probably plentiful for much of the year.  And if it wasn't, humans just moved to where it was.  I like The Journey of Man: A Genetic Odyssey

by Spencer Wells, and how he traces human migration out of Africa, mostly along the coastlines, until we finally reached the New World.  The only modern remaining hunter-gatherers are peoples pushed to fringe environments, and they don't make a likely template for what the majority of our ancestors experienced, though they do tell us just how ingenious and adaptable the human race is.

We are too many, now, but I still have hope for my children.  We swung from trees and ate fruit.  We walked the savanna and ran down game.  We built mighty ships and make war, and created fertilizer from the bones of dinosaurs, and we who are too many eat those bones.

We are ingenious and adaptable, but we must listen to history.  The story of human health, of depression and psychosis, of agriculture gives us clues all along the way.  But we must listen. 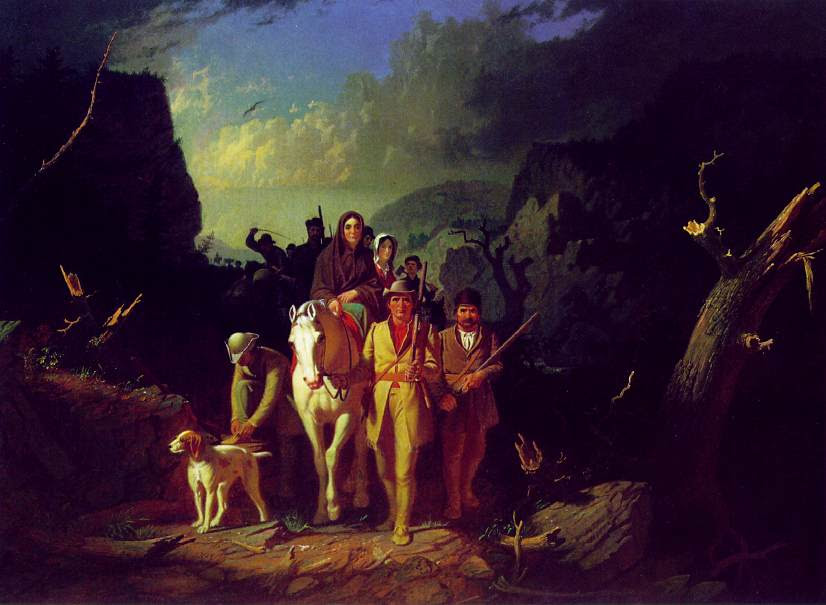