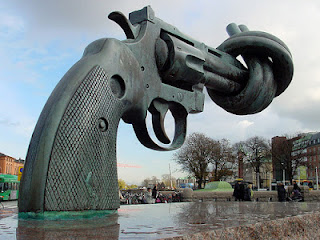 Just a little study from way back when (1997!  When I thought low fat raspberry fig newtons were healthy) sent to me by almost double doctor Victoria Prince.

One of my favorite radio stations (Sirius XM Pops) is on a Grieg kick, and I suppose I am too.

There's a lot to like about the study, which tracked mood for folks on a 41% fat diet (controls on the average fat consumption in the UK at the time) and a 25% fat diet for several months.  They were given three meals and two snacks with enough calories to keep them at a steady weight.  Though it is small (20 people), all food was provided and detailed food diaries were kept for every morsal consumed.  All 20 finished the program, but one was excluded from the results because she had a very serious personal tragedy which would have affected her mood.  The twenty subjects had no previous psychiatric history and at the beginning of the study had no major stressful life events going on.

Editorial comment:  As most of you will know, I am fairly macronutrient agnostic, and I've read reports of people who are plenty happy eating low low fat, and others who are content eating very low carb.  My main beef with the "official" low-fat and counting-happy guidelines is that they encourage the consumption of processed food.  It's a lot easier to calculate points and calories when you are eating SmartOnes 6 times a day.  Not so easy with pastured eggs of different sizes and cooking all your own food.  Of course I haven't tried to calculate calories since the advent of all sorts of helpful apps for that purpose, but it is not something I'm particularly interested in pursuing.  I'd far rather control portion size and eat from a long list of healthy "real food" options than track every bite.  There are others who find restricting food groups leads to anxiety.  I would say, don't fix what ain't broke.  If it works for you, keep doing it.  If it doesn't…look for another solution.

I also don't see much benefit to chasing very low carb to the extreme unless you have dementia, seizures, brain cancer, or another neurological condition that may benefit.  I don't believe VLC is the fountain of youth, an evolutionary precedent, or particularly advantageous to whole body health compared to a whole foods diet comprised of mixed macronutrients (and "cellular" carbohydrates).  A really good paper has been circulating recently, which I saw first via the one and only Robb Wolf.  It is free full text!  Google the name or download from the link.  Well worth the time.

The discussion and introduction to the paper I linked from 1997 was illuminating.  The authors noted that folks with low cholesterol have a higher tendency to die from suicide, violent death, and accidents.  (I review much of the literature in this classic post).  We also see a statistically significant increase in depression and hostility with any non-statin cholesterol-lowering medicine (for whatever reason, docs in my area are starting to prescribe fibrates to lower triglyceride numbers, and I'm not too thrilled).  The statins seem to be a wash for most, though I've certainly seen a few clinical cases where they seem to worsen depression and even psychosis.  (In monkeys, diet promoting low cholesterol significantly increased "contact aggression" compared to a typical diet.)

In the small pilot study, mood and irritability and such seemed independent of cholesterol levels, suggesting that maybe the links between low cholesterol and violence/suicide in the general population might be a general sign of low-fat diets rather than a straight-up link between cholesterol levels and behavior per se.  But who knows.  As expected, the low-fat diet decreased HDL, but not LDL or triglycerides too much.

The take home?  Conservatives, go Mediterranean and glop on the olive oil.  Rebels, eat your chicken skin and the fat that is left on your steak.  It's all right.   Your brain might even thank you.